It was with shock that I read of the death of Peter and Sally Jarvis, from an automobile accident.

The details are in The Seattle Times. 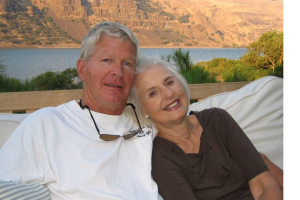 The Jarvises lived a lifetime in Sammamish. Sally was one of the first people I met. We both served on the city’s Planning Advisory Board, which wrote the first Comprehensive Plan after Sammamish incorporated in 1999.

END_OF_DOCUMENT_TOKEN_TO_BE_REPLACED

In Part 1, the background, objectives and membership of the Planning Advisory Board was described. In Part 2, the PAB gets down to work writing Sammamish’s first Comprehensive Plan. In Part 3 today, the focus shifts to the creation of the Town Center Plan, a sub-area of the Comprehensive Plan.

The Sammamish Planning Advisory Board (PAB), tasked with writing the City’s first Comprehensive Plan, finished all elements except the complex topic of developing a commercial-office-retail element that was better than the strip malls created by King County.

These malls were formally known as Sammamish Highlands at NE 8th and 228th Ave. NE, the Pine Lake Center at 228th and Issaquah-Pine Lake Road and the 7-11 complex on East Lake Sammamish Parkway. Sammamish Highlands, not to be confused with the neighborhood of the same name at the far south end of the City on 228th, was more commonly known as the Safeway complex. This included the commercial stores across 228th (McDonald’s and other retailers) and eventually Saffron across NE 8th.

The Pine Lake Center was more commonly known as the QFC complex.

When the first draft of the Comp Plan was completed, the PAB proposed several alternatives for commercial development. Under State Law, this was standard procedure. Usually Comp Plans had Alternatives 1, 2 and 3 and a No Action Alternative.

The No Action Alternative is self-evident: don’t do anything and proceed as before.

The alternatives contained in the Draft Comp Plan were as follows:

END_OF_DOCUMENT_TOKEN_TO_BE_REPLACED

In Part 1, the background, objectives and membership of the Planning Advisory Board was described. In Part 2, the PAB gets down to work writing Sammamish’s first Comprehensive Plan. This is six pages when printed.

The 17-member Planning Advisory Board members were a cross-section of environmentalists, activists, developers, real estate agents and businessmen. The City Council did an admirable job of appointing a broad spectrum of people.

Open divisions from the start

However, from the start there was open tension among the members. Divisions from the bitter 1999 City Council election carried over to the PAB, which was appointed by this Council. Most of the members of the PAB supported the candidates who won in that bitter contest; a few supported the losing candidates, who, it will be remembered, lost by wide margins in what turned out to be a nasty race filled with anonymous fliers and a forged newsletter. 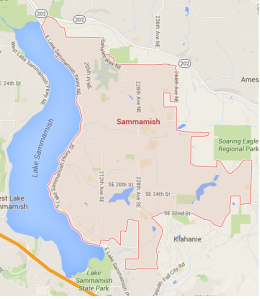 One of the developer-real estate appointees who supported the Council candidates later told one of the environmentalist-activists it was her personal mission to oppose everything he said. The two strong personalities clashed often and openly.

Two members resigned early. One Council Member later said they resigned because they thought the PAB was too heavily dominated by environmentalists. Whether this is an accurate characterization or not is beside the point. The broad spectrum of the appointees belies any charge that environmentalists ran away with the process. In the end, the Comp Plan was adopted and recommended by the PAB with just one dissenting vote and this vote had nothing to do with the environment or any other issue. The dissenter complained the PAB hadn’t finished its job. (This will be described later.)

END_OF_DOCUMENT_TOKEN_TO_BE_REPLACED

The Sammamish City Manager blocked an environmental consulting company from being a witness at a land use appeal of the Conner-Jarvis development, and with it, the report the company prepared, charges Mike Grady of the appellant, the Kempton Downs Community Organization.

Grady charged that City Manager Ben Yacizi invoked a clause in the consultant’s City contract for services unrelated to the appeal that says the firm, The Watershed Company, can’t undertake work that in conflict with the City.

Watershed was allowed to be a consultant and expert witness on behalf of the William Buchan Co. in the Chestnut Estates West application, says Grady. The City’s Hearing Examiner threw out the application, handing a victory to the appellants. Buchan told the Sammamish Reporter it plans to appeal the decision this month. 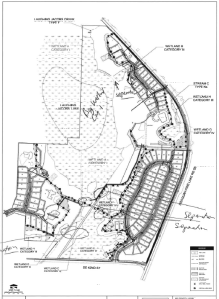 The layout of the proposed Conner-Jarvis development of 115 single family homes on 40+ acres. Click on image to enlarge. The handwritten notes are from the person who supplied this rendering to Sammamish Comment.

Sammamish Comment obtained a copy of the Watershed report in the Conner-Jarvis case. The report concluded:

Some of the issues between Chestnut and Conner are similar: the threat to kokanee salmon from upstream runoff. Kokanee are native to Lake Sammamish and to three creeks: Ebright Creek, which was the relevant creek in the Chestnut case and about half way up the lake; Lewis Creek at the far south end of the lake; and Laughing Jacobs Creek, which is relevant in the Conner case, which is in between Lewis and Ebright.

Hearing Examiner John Galt held a session Monday morning whether to admit the report despite the City’s exclusion. Galt denied a request to enter the report into the record, but gave the appellant until Oct. 28 to come up with a new report.