END_OF_DOCUMENT_TOKEN_TO_BE_REPLACED

Staffed hours at Sammamish Fire Station 81 on 212th Ave. near SE 20th St. were reduced by half and the fire engine removed Jan. 1.

In what appears to be a series of communications failures, there was no notice to city residents in the service area.

Station 81’s service are is the western part of Sammamish from roughly just west of 228th Ave. SE to Thompson Hill Road on the north and Snake Hill Road on the south. The Station is located on 212th Ave. SE a half a block south of SE 20th St.

END_OF_DOCUMENT_TOKEN_TO_BE_REPLACED

The Sammamish Town Center plan was about seven years in the making, controversial throughout. Then development was held up by the 2008 Great Recession. Ground was finally broken in 2015. The first store, Metropolitan Market, opened this year. And now the Town Center is again at the center of controversy over the building moratorium.

There has even been a call to revisit the plan.

Here’s why doing so is not a good idea and why the Town Center is needed.

END_OF_DOCUMENT_TOKEN_TO_BE_REPLACED

Kathy Lambert, co-sponsor of a bill labeled “unlawful” that would impose a new tax on unincorporated King County households. Photo via Google images.

The King County Council is poised to adopt an ordinance intended to “coerce” utility companies and water and sewer districts into franchise fees to use street rights-of-way in order to raise millions of dollars in fees for the County’s general fund.

The problem—and there are many—is that the ordinance and use of funds is unlawful under state statutes, says a coalition of water districts that issued a press release today.

END_OF_DOCUMENT_TOKEN_TO_BE_REPLACED 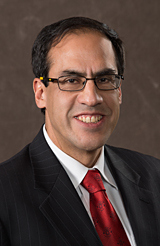 Sammamish City Council Member Ramiro Valderrama, citing what turns out to be a series of unsubstantiated claims, executed a pirouette on his previous vote supporting a moratorium including the Town Center—and went splat.

The Town Center was exempted from the moratorium at the Nov. 21 meeting by a 4-3 vote, with Valderrama, Mayor Bob Keller and Council Members Don Gerend and Kathy Huckabay voting to lift it.

Valderrama said his vote always was about storm water management for the Town Center. In voting to exempt the Town Center, Valderrama claimed the emergency moratorium was not about traffic concurrency.