STCA LLC’s first project in the Town Center area has been granted a “complete application” status by city staff. The significance of the status is that this particular project is now legally “vested, meaning any future change to the development code, such as density, design limitations or concurrency, will not apply to it.

END_OF_DOCUMENT_TOKEN_TO_BE_REPLACED

There is a continuing effort to claim the Town Center will divert growth from the rest of Sammamish. This is a falsehood based on the current set of facts on the ground (so-to-speak). 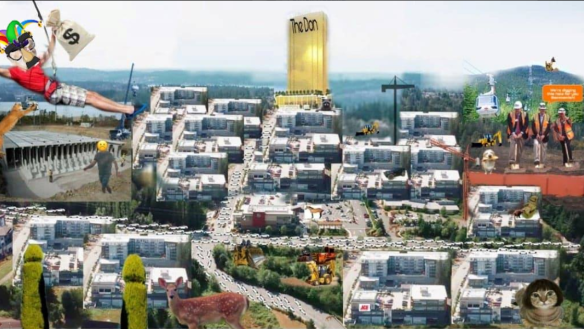 Here are the facts:

END_OF_DOCUMENT_TOKEN_TO_BE_REPLACED

The Growth Management Hearing Board (GMBH) has continued (postponed) Don Gerend’s lawsuit to invalidate the new concurrency rules enacted by the majority of City Council.

END_OF_DOCUMENT_TOKEN_TO_BE_REPLACED

Aug. 22, 2019: There is a lack of knowledge about how the Sammamish Town Center Plan unfolded and what it is today.

Here is how it happened.

Sammamish became a city in 1999. One of the first orders of business was to create the Comprehensive Plan. The first city council appointed 17 citizens to what was called the Planning Advisory Board (PAB) to draft a plan.

The PAB had a cross-section of Sammamish residents: environmentalists, developers, real estate agents, business people and people simply interested in serving. I was on the PAB.

The PAB worked over 18 months on all elements except one: the area that became the Town Center.

The PAB was directed by that first city council to wrap up its work just as we got to the center of town. Whereas nearly all new cities took three years to complete its first Comp Plan, that city council and the city manager at the time, Ben Yazici, wanted it done in record time.

END_OF_DOCUMENT_TOKEN_TO_BE_REPLACED

Aug. 20, 2019: STCA, developer of much of the Sammamish Town Center, and city staff pondered dramatic upzoning in 2017.

already approved and 1,500 more residential units to the 2,200 approved.

The ideas never made it to the public domain for debate nor to a Docket Request stage to amend the Comprehensive Plan. The 2017 city council quietly, and out of public view, killed the idea before it reached the public or the stage of a formal request.

END_OF_DOCUMENT_TOKEN_TO_BE_REPLACED

Aug. 20, 2019: Former Sammamish Mayor Don Gerend, who is trying to overturn the city’s traffic concurrency standard adopted in May, favored a much larger commercial area of the Town Center than was approved when he was a sitting council member.

Throughout the debates of the Town Center plan and standards, Gerend consistently argued for 700,000 sf of commercial/office/retail space against the 500,000 sf recommended by the Planning Commission.

Gerend also made half-hearted attempts to eliminate the Commission’s recommendation of a 70 foot cap on buildings. This would have restricted buildings to five stories of residential over one story of commercial space, a concept similar to development in areas of downtown Redmond.

After Gerend retired from the council in December 2017, he proposed as a private citizen eliminating the height restriction entirely in a so-called Docket Request. This is an annual process to amend the Comprehensive Plan, of which the Town Center plan is a part.

END_OF_DOCUMENT_TOKEN_TO_BE_REPLACED

Three members of the council, staff and STCA believed its Town Center project would not pass concurrency testing as a result of the new concurrency standard adopted earlier this year by a split City Council. Indeed, unofficial test runs over nine months indicated this was the case.

Yet, last week, city staff ran an official test and STCA Phase I passed concurrency, with no improvements to the roads.

How was this possible?

This article unpacks and explains the details behind the approval and raises serious questions. It is unusually long and reads best on a desktop.

The Special Council Meeting is scheduled for Tuesday, Aug 20, at 4pm at City Hall.