Kim Schrier, Democrat running for US Congress in the 8th Congressional

Republican Dino Rossi is losing badly on election night in his bid for US Congressman.

District, which includes Sammamish, jumped to a commanding lead over Republican Dino Rossi.

Schrier received 55% of the election night vote over Rossi, who lives in Sammamish. As expected, Schrier’s base lies in Democratic King County. The 8th includes portions of Pierce County and all of Kittitas and Chelan counties.

A loss by Rossi would be his fourth in a row. He lost twice for governor and once for US Senator.

Democrats appear to be sweeping State Senate and State Representative seats in the 5th, 41st and 45th Legislative districts.

The 5th includes the greater Klahanie area. The 41st is roughly the southern half of Sammamish and the 45th the norther half, roughly along a line of SE 8th St.

Election night results are below the jump.

Historically, election night results vary only a point or two from the final results, which won’t be tallied until after Thanksgiving.

END_OF_DOCUMENT_TOKEN_TO_BE_REPLACED 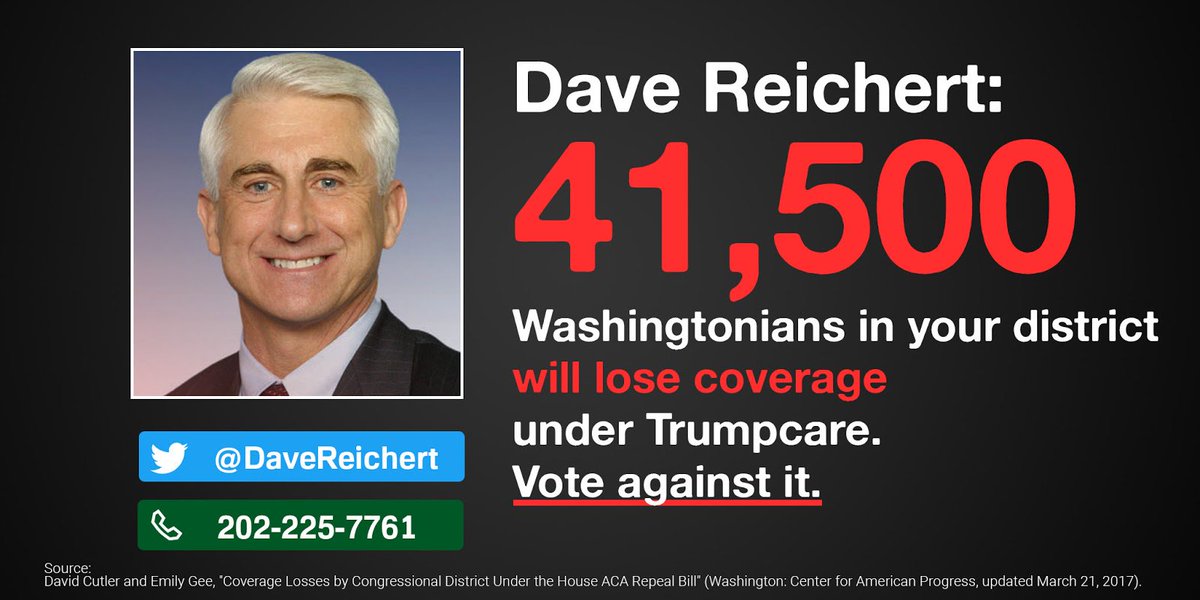 END_OF_DOCUMENT_TOKEN_TO_BE_REPLACED

Call it Dave Reichert’s “I am not a wimp” moment.

US Rep Dave Reichert: All smiles, all hat and no cattle.

US Rep. Reichert, who represents the Sammamish area in Congress, frequently points to his 33 year career as King County Sheriff.

Aside from his signature achievement of helping identify and arrest the Green River serial killer, Reichert says he proved his bravery many times.

He uses this to explain why he won’t hold Town Hall meetings with constituents, especially these days when constituents are flooding Republican Town Hall Meetings to protest the potential repeal of the Affordable Care Act, more commonly known as Obamacare.

Reichert voted in committee to repeal the ACA.

His fallback to his sheriff’s days to boast of his bravery is reminiscent of President George H. W. Bush and his famous statement, “I am not a wimp,” when criticized over perceived timidity.

END_OF_DOCUMENT_TOKEN_TO_BE_REPLACED

Candidates for state and federal elections across Washington filed for office last week.

Sammamish is included in the 8th Congressional District, which now stretches across the Eastside, over the mountains and to Wenatchee–a safe Republican seat. But there were a number of challengers to incumbent Dave Reichert, a Republican.

Sammamish is also included in the 5th, 41st and 45th Legislative districts for the state Legislature.

The 5th includes the Klahanie area. With Sammamish’s annexation of Klahanie, we regain the 5th, which had been removed from Sammamish in the 2010 redistricting. The 41st encompasses the southern half of Sammamish, roughly from SE 8th. The 45th has the northern half.

END_OF_DOCUMENT_TOKEN_TO_BE_REPLACED

The political remap of Washington State, which occurs every 10 years, means major changes for Sammamish.

The City remains in the 8th Congressional District (Dave Reichert), which now extends across the mountains to Chelan and Kittitas counties (and making it a safe Republican district). The big change is in the Legislative Districts.

The City has been part of the 5th Legislative and 45th Legislative districts since before I’ve lived here (1996), primarily the 5th. Now, Sammamish will be in the 45th and 41st.

Here is a PDF of the map, which isn’t too precise. The darn thing doesn’t even show Lake Sammamish. Zoom in to 400% to make it readable.