Karen Moran won over voters in the Nov. 7 general election who

Howe and Ghassemieh share much of the same constituency in the primary: Democratic and labor union endorsements.

Moran, whose Republican roots are well known to old-timers in Sammamish, by today’s standards is a RINO–Republican In Name Only–but had more known Republican endorsements than Independents or Democrats.

Thus, going into the election, Sammamish Comment considered Moran an underdog. The Comment endorsed Moran but privately predicted Howe would win, suggesting more Ghassemieh voters would break for Howe than for Moran.

In the end, Moran won an easy victory over Howe, by about 6 1/2 percentage points.

A comparison of the primary and general election precinct voting maps show how Moran not only won over Ghassemieh voters–she ate into Howe’s primary victories as well. 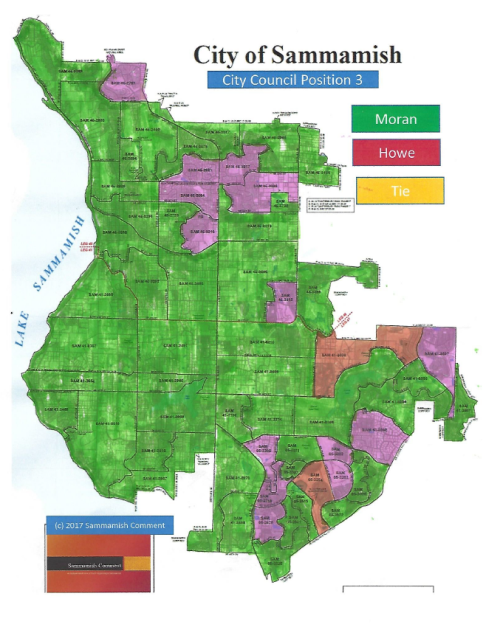 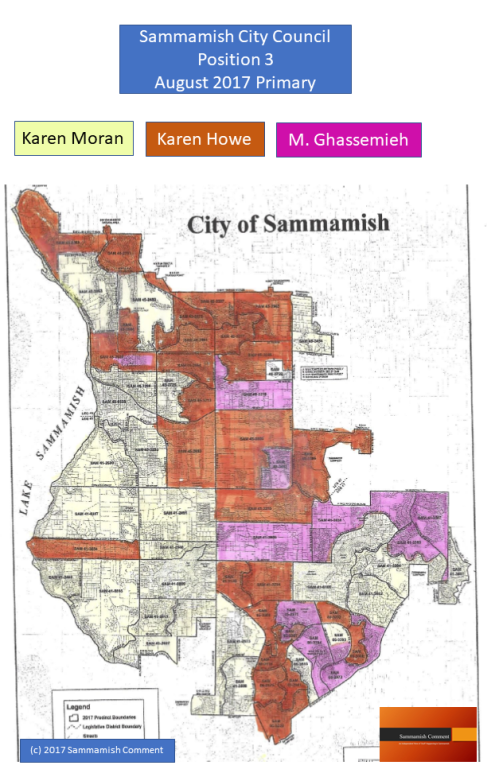 The breakdown, by Legislative District, is shown by the following charts. 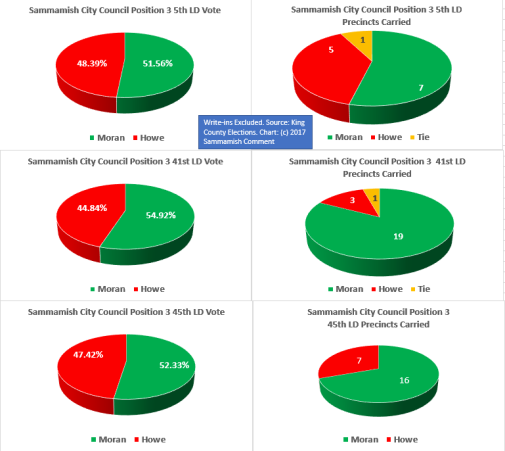