The Sammamish City Council, acting to tamp down the potential annexation of the Klahanie area to Issaquah, promised a Christmas Tree spending package to entice a “no” vote. As I wrote previously, this was one of many reasons Issaquah lost the election.

Today there was a school bus accident in Sammamish–fortunately with only one very minor injury–on an arterial that has been hazardous from the day we incorporated, a faulty design inherited from King County days.

The accident was on SE 24th approaching 200th Ave SE from the west. 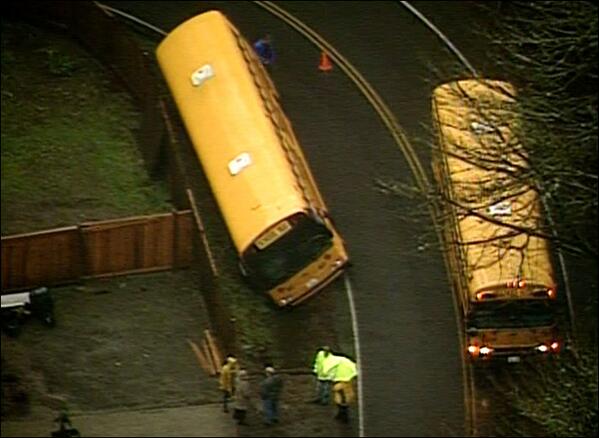 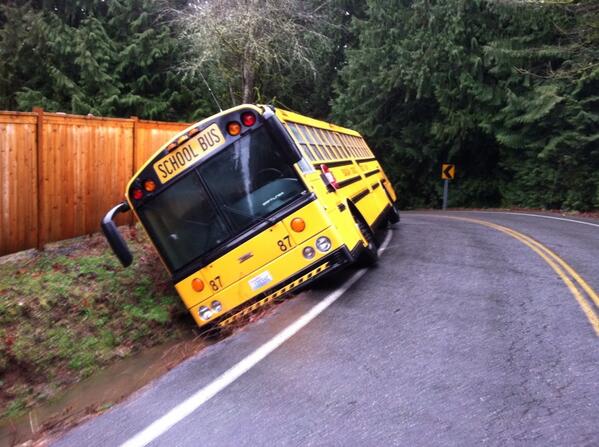 I’ve noted to the City Council and some of its members on many occasions that there are no shoulders and the ditches create a hazard. There are no walking paths nor bike lanes. Many times I’ve driven up the hill there have been bicyclists in the traffic lane chugging their way up. Because there are no bike lanes or shoulders, cars that want to pass them are faced with entering the oncoming lane. There are plenty of blind curves.

24th is a designated arterial, but the City has done nothing to improve the roadway since incorporation. A few years ago, a walking path was created from 212th to 204th, a positive step, but nothing more has been done since then.

Before the City Council goes off on a spending spree for its Christmas Tree list for Klahanie, it needs to take care of some hazardous road conditions (and fill the potholes that one city councilman says don’t exist but which really do) in our City.

1 thought on “Before spending tens of millions on Klahanie, Sammamish has its own needs”