In a wild and chaotic meeting Tuesday, dealing with the city manager’s position, concurrency and development the Town Center, it became clear the business of Sammamish is done behind closed doors and that developers’ influence is running strong.

For the first time, city council chose officially and deliberately to ignore the congested roads throughout the city in favor of allowing more development.  In a heated debate between council member Tom Hornish, members Ramiro Valderrama and Pam Stuart tried to make legal arguments in public that the city cannot stop development even if the roads are congested.

In a stunning move right before adjournment, Deputy Mayor Moran moved to lift the moratorium off the Town Center and short plats, that night, before any work on new concurrency is complete. The moratorium was enacted last year so concurrency can be redone to be realistic.  Frustrated, Hornish left the building before the meeting adjourned. The council eventually didn’t vote on her motion.

The Comment learned that Malchow and Moran met for an hour and half that morning with Matt Samwick and Natalie Price (STCA, the Town Center developers). Staff was present in that meeting.  It is not clear what was discussed.

The Comment learned that Howard will not be coming back. Howard officially is off the payroll Aug. 1.

For the last several meetings, the council held executive sessions to discuss candidates for interim city manager. (Executive sessions are not open to the public and the content is confidential).  The Comment has learned that the majority of the council wanted someone from out of state with proven experience as a city manager in fast growing city.

The council then appointed a staff member, Glenn Akramoff, Director of Organization Development, as acting City Manager.  Akramoff LinkedIn profile shows he was a city manager for Normandy Park for 1.5 years.  Akramoff has been working for the city for the less than a year, according to his profile. Akramoff lists high school education only.

Council member Stuart called the process “the most unprofessional” she’s seen in her career.  Because the deliberations were in executive session, the details behind that remark remain confidential.

Over development, concurrency and congestion

Last week, after concluding she doesn’t trust the new Intersection LOS, Deputy Mayor Moran moved to add volume metrics to concurrency. Volume of cars is directly measured on the road and cannot be manipulated.  The open question was what levels of traffic volume represent congestion in Sammamish.

Last night, staff presented several options to council on how to proceed forward.  Staff recommended that volume metric will be applied to East Lake Sammamish Parkway and 244th Ave only.  Staff argued that applying the new metric to other arterials will take too long. It was also argued that other roads are covered by Intersection LOS.  (The new volume metric proposal came because the majority of the council didn’t think intersection LOS measures congestion).

As for what volume of cars are acceptable, staff recommended using a table made by Florida Department of Transportation that calculate theoretically how volume of cars translate to speed.  That table is a general and not specific to conditions in Sammamish.

Staff’s presentation was not shared with the council ahead of the meeting as normal.

Council member Stuart moved to exclude East Lake Sammamish Parkway from concurrency.  In a heated debate, Stuart and Valderrama argued that it is known for years that this road fails concurrency because of congestion and that it cannot be widened. Then they argued the city cannot stop development with concurrency. More on that below.

Although council didn’t vote on which arterials to include in the new volume metric, from the discussion it seems that the majority of council favors only measuring 244th Ave. NE, leaving the rest of the city to be measured with Intersection LOS that majority of council denounced as worse than what the city had before.

It’s the first time the council knowingly acknowledged the roads are failing. They consciously and deliberately relaxed concurrency so it will not stop development.

At some point, Valderrama and Stuart made legal arguments about the GMA, arguing that development cannot be stopped by concurrency and that the city is not allowed to set a standard for concurrency that it knows will fail (regardless of the conditions on the ground).

Valderrama had slides ready with quotes from an unnamed attorney from whom he asked for advice on the GMA. The advice was out of context to Sammamish’s specific fact pattern and inconclusive.

Neither Stuart or Valderrama have legal training.

Council member Hornish countered by reading the GMA language and showing the exact opposite – concurrency prohibits development if infrastructure falls behind.  Hornish is a licensed attorney in Washington.

Valderrama even at some point argued that GMA language about “reassess land use element” doesn’t mean downzone but pertains to other factors such as transit.  The land use element is the chapter among other things set housing density zoning. (WAC 365-196-405 (1)(b) Population densities, building intensities, and estimates of future population growth.)

There is nothing about transit in it.

(m) Counties and cities should reassess the land use element in light of:

(i) The projected capacity for financing the needed capital facilities over the planning period; and  [Whether the city can fund infrastructure projects]

(ii) An assessment of whether the planned densities and distribution of growth can be achieved within the capacity of available land and water resources and without environmental degradation.

Council members in Sammamish are actively misrepresenting the law in effort to support over development in light of failed infrastructure.

Late in the night, as the council was prepared to adjourn, Moran moved to lift the 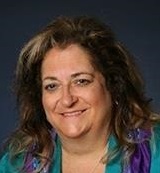 moratorium from Town Center and short plats.  Moran didn’t explain her motion. The V3 (Valderrama, Ritchie and Stuart) voiced support but at the same time seemed perplexed on why Moran, who just last week said she doesn’t trust Intersection LOS concurrency, now tried to lift the moratorium off the Town Center, before any of her proposed fixes to concurrency have been applied.

The Comment learned that Moran and Malchow had two meetings that morning with developers, including Samwick, the STCA Town Center developer.

Hornish, who looked visibly upset, left the meeting in protest before it adjourned.

The council couldn’t vote on a lift to the moratorium without an ordinance so the vote didn’t take place.

In a call with The Comment Moran said she proposed to lift the moratorium because she believes the new concurrency is worse than old one and she prefers to go back to the old concurrency.

Lifting the moratorium before the new concurrency is adopted effectively vests projects under the old concurrency.

The council actions last night are stunning given that all current council members ran on platforms that recognize traffic as the most important issue for residents, yet most of them (except for Hornish and Malchow) are knowingly supporting policy that will allow more over development without any idea whether the infrastructure can be brought up to standard, when and how much will it cost.

3 thoughts on “City council in chaos”