March 22: Metropolitan Market, the anchor for the Sammamish Town Center’s commercial district at SE 4th and 228th Ave. SE, opened today to a 33 lb chocolate chip cookie for the long line of consumers that wrapped around to the fronting sidewalk. 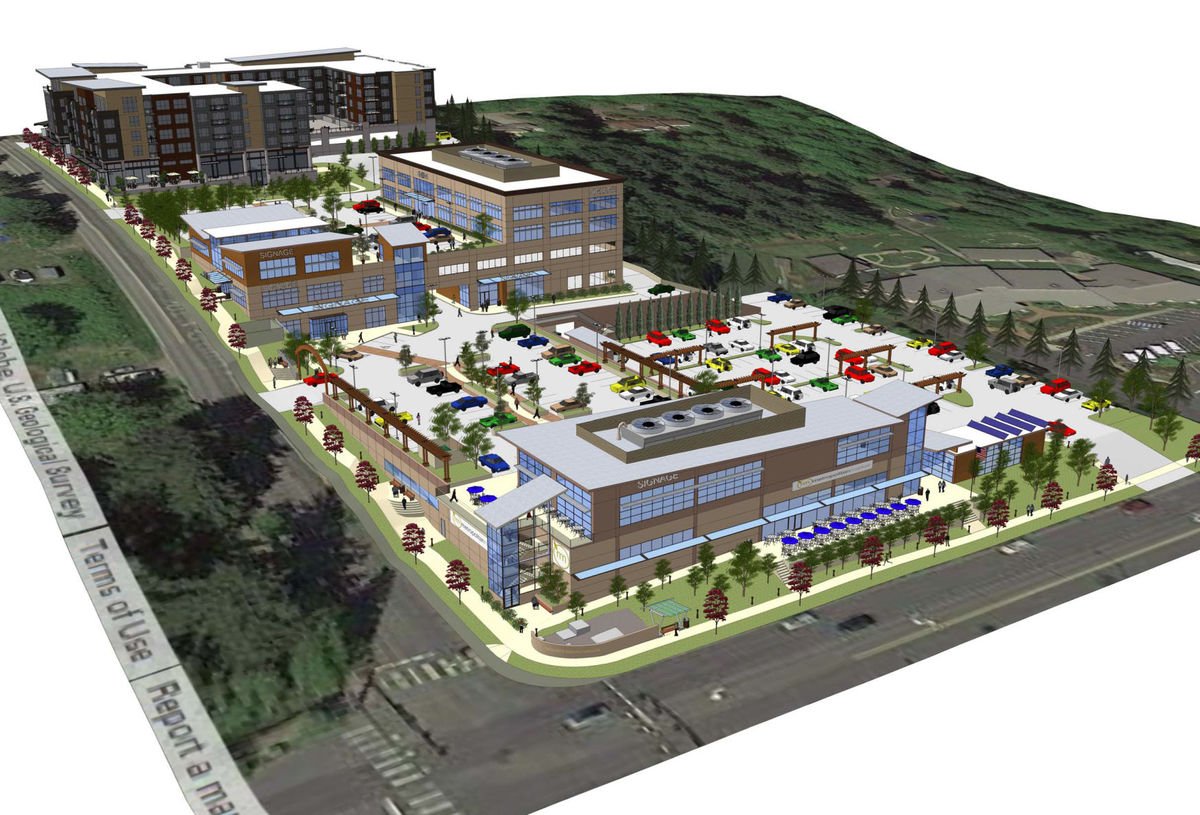 This is a big day for Sammamish. The Town Center planning began in 2003. By the time the area plan was approved by the City Council in 2010, followed by the implementing regulations the same year, the Great Recession of 2008 stalled development for several more years.

Signs for other stores are already on the building housing the Market, but these aren’t open yet. Among them: Chipolte and T-Mobile.

This development will include offices and other retail. Housing will eventually be built at the top of SE 4th. Multi-family housing is under construction across 228th from the Market that will include some office/retail, but which is predominately housing.

Mayor Don Gerend said during the Market’s grand opening that half of Sammamish’s future growth is concentrated in the Town Center.

Cars were line up for blocks on southbound 228th to get into the multi-level parking lot for the grand opening.

The Market says its prices, except for specialty items, are comparable to the Safeway, QFC and Trader Joe’s supermarkets already in Sammamish. The Market also has gathering areas, inside and out, for eating or coffee.

A special blend of red wine, called Sammamish Red, was created for the grand opening.