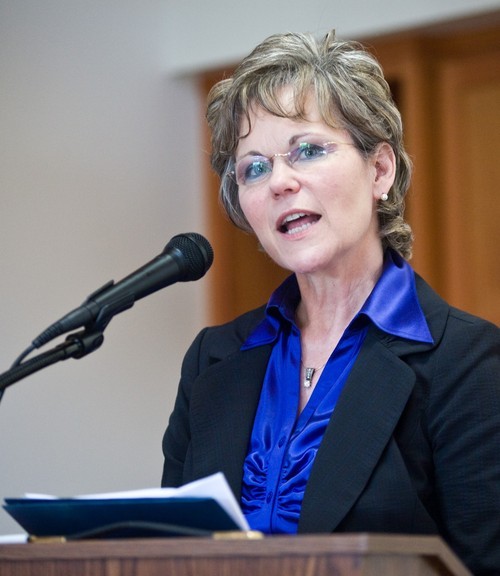 with the details of the conflicts presented by property owners along 2B, the final section of ELST to be developed into a paved walking/jogging/bike trail.

Section 2B has unique conflicts from home development dating to King County’s rule before Sammamish was incorporated and before the County acquired the right-of-way from Burlington Northern Rail Road, which discontinued using it.

There are also some challenging topographical and environmental issues.

Lambert, who represents the County Council District that included Sammamish, has been working to resolve long-standing disputes between the property owners and the County, as has been the Sammamish City Council and Administration ever since The Comment published an expose in January 2014 of how the City neglected the issues.

There remains a perception the County Parks Department remains inflexible in solving problems.

“I certainly hope not,” Lambert told The Comment. “They have looked through each of the properties that have some issues. They made some proposals to solve those issues.

“Every family they’ve had a specific complaint with, they wrote up specific proposals and presented it to the city,” she said.

Lambert said it’s possible not every property owner emerged with an issue to be addressed; one family only recently had done so. This is now in the pipeline with Parks, she said.

“The City has looked through these and are working together on how to make things work,” Lambert said.

Encroachments and the law

Lambert acknowledged that some of the problems of encroachments by property owners are minor while others are more vexing.

Examples of minor ones are gates and small landscaping, among others. Larger issues involve residents using large swaths of the rights-of-way for parking.

Instances where driveway and garage accessibility are particularly challenging.

“The issues at the base of this are that some properties are encroaching on public land,” she said. “The law says you can’t have use by individual f doesn’t benefit everybody.”

Beautification encroachments are potentially the easiest to resolve. The property owners and the County agree the beautification has a public benefit.

Nominal charges might be assessed for other minor encroachments, she said.

Conflicts in which some homes are right up to the trail are rooted in history.

“In those days, there was a zero lot line allowed, but it’s not allowed now,” she said. “In a couple of places where trail comes really close to the house, [Parks] made some adjustments on it.”

Parks put an employee in the Sammamish City Hall every week for a couple of hours to meet with people, Lambert said. The result is a thick book detailing the issues and proposing solutions, she said.

“As long as everybody is working together, I think we should get there. Will everybody be happy? No. But I hope huge majority will be.

“The County has been really trying. I’m not saying Parks always makes me happy, because it doesn’t,” she said.

Lambert’s view is more upbeat than that The Comment receives from Sammamish officials. Asked about this, Lambert said she’s not sure all Sammamish Council Members are familiar with the thick analysis book and proposals. She said the County’s directors have been working with the City’s directors.

Regardless, the County sued Sammamish several times over permitting issues. It’s clear a serious distrust continues on both sides.