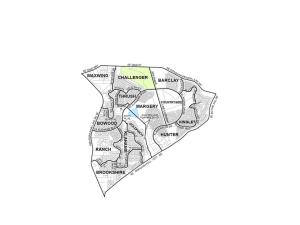 The Klahanie Potential Annexation Area and its voting precincts. Click on image to enlarge.

Residents in the Klahanie Potential Annexation Area will be receiving ballots this week to vote whether to annex to Sammamish. If approved, city officials hope to make the annexation effective in August.

Klahanie PAA voters rejected annexing to Issaquah in February 2014 by a mere 32 vote. Click here for the voting analysis.

Sammamish has wanted to annex the Klahanie area since incorporation and in 2002 entered into a Memorandum of Understanding with the Issaquah mayor to transfer the PAA from Issaquah to Sammamish after an annexation vote failed. The Issaquah City Council refused to approve the transfer.

Annexation to Sammamish will add between 10,000-11,000 residents to our city’s population of around 45,000. The area, in aggregate, will also have one of the largest voting blocs, which could tip future elections.

There are other ramifications as well. 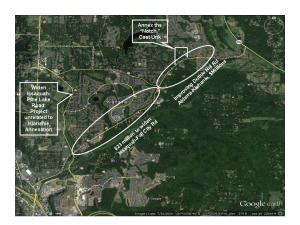 Sammamish road projects around the Klahanie Potential Annexation Area, if annexation is approved April 28. Click on image to enlarge.

The city views annexation of Klahanie as crucial to improving Duthie Hill Road for those residents in High County, Trossachs, Aldarra, Montare and other nearby neighborhoods that must use Duthie Hill to go west. The road is currently two lanes, continuing onto two-lane Issaquah-Fall City Road until it becomes five lanes shortly before intersecting with Issaquah-Pine Lake and Vaughn Hill roads. Traffic backups during rush hour are lengthy.

If Klahanie is annexed, Sammamish plans to widen Issaquah-Fall City Road adjacent the PAA at a preliminarily projected cost of $23m. The city then wants to widen Duthie Hill Road at a cost of millions more. But there is a problem.

There is a short section of Duthie Hill just west of Trossachs called the Notch that is in King County, not the city. King County has no plans to widen this short section, so the city has to annex the Notch to get control of the road so all of Duthie Hill could be widened. But the Notch is outside the Urban Growth Boundary line, and the County has refused in the past to adjust the line to enable Sammamish to annex the area. The city is working the political aspects of this issue.

The Notch is a rural zoning. The cost of annexing and servicing the area hasn’t been analyzed, as far as I know.

Sammamish already plans to widen Issaquah-Pine Lake Road along the west side of the PAA, but this project is within the city limits and it is unrelated to the annexation. Therefore, the cost of this project should not be considered with the annexation.

The city plans to issue debt to pay for the $23m to improve Issaquah-Fall City Road, the first debt since paying off the bonds for the 228th expansion. (Note that $23m is only an estimate, and the final engineering price could be much different.) The city believes that the tax revenue from Klahanie will be sufficient to pay off the debt without the rest of Sammamish subsidizing the annexation. The $23m doesn’t include the millions to improve Duthie Hill Road or any costs associated with the Notch.

Although the anticipated bonds are but a fraction of the city’s borrowing capacity of more than $400m, the very idea doesn’t sit well with a former city council member, who emailed me:

I was saddened to read the front page article in the Sammamish Review indicating plans for our city to go into debt to pay for road improvements adjacent to Klahanie.

As you know, after a small amount of start-up borrowing right after incorporation, successive councils have prudently had the discipline to make our city operate on the pay as you go model rather than finance through debt. This has helped to target a goal of fiscal excellence.

If the current council does not change the course outlined in the SR article, it will not only make a fiction of the notion that existing Sammamish taxpayers are not subsidizing Klahanie, it will put us on a path of fiscal mediocrity.

Sammamish will also assume the burden of capital and maintenance costs of the parks within the PAA, which have long-been neglected by the county (no surprise there), as well as road maintenance. The city will add police officers and other staff to support increased services.

Adverse impact to Sammamish being felt

We’re already seeing impacts to the rest of Sammamish from even the potential of the annexation. City Manager Ben Yacizi cited the Klahanie annexation during the March 17 council meeting as demanding so much staff time (along with other projects) that he couldn’t take on the issue of the 42nd St. barricades (see March 24’s post), an issue that residents there have been waiting 10 years to resolve.

Long-time readers of this column know that I’ve expressed concerns about the adverse impact on city residents of a Klahanie annexation. My concerns revolved around the potential financial impact to current taxpayers and hits to services. Yacizi’s statement above may only be an early indicator of things to come. Obviously the former city council member has similar concerns.

Sammamish voters have no say in the annexation–the ballots go only to the PAA voters. I was against the annexation to Issaquah as a bad deal for the PAA, and to be sure, geographically and demographically the PAA belongs with Sammamish. I remain concerned. I don’t believe the city has thought through all the ramifications (certainly not if the 42nd St. barricade is any indication) and I’m not at all convinced we know all the costs, despite the studies that have been done.

This city council’s head-long rush to scuttle the Issaquah vote and proceed with this vote was ill-advised. I continue to have uneasy feelings over issues that I can’t quite put my finger on. But I have no vote (none of us do) and the die is cast.

I just hope the thing doesn’t blow up on us all.