June 23, 2016: Sammamish participation in the Cascadia Rising earthquake drill this month was labeled a success, but City Manager Lyman Howard acknowledged the level and scope of participation wasn’t enough.

Lyman made his remarks in an interview last week with Sammamish Comment.

Sammamish wasn’t going to participate at all until The Comment began making inquiries last fall about failure to sign up for the multi-state, multi-jurisdictional, international drill. The drill, assuming an earthquake from then Cascadia fault line off the West Coast, encompassed British Columbia to Northern California.

The drill’s parameters assumed Sammamish telephone and cell phone communications were disrupted and damage on major arterials leading in and out of the City occurred.

Howard told The Comment that Sammamish focused on its inter-agency and emergency communications with local citizen groups, such as the Info Hubs operated by the Sammamish Citizen Corp and CERTs; and Sammamish Plateau Water. City Hall was evacuated. But links to the County and State weren’t tested, nor were there actual drills in the City.

“It’s not enough [what the City did], I’ll be honest,” Howard said. “We’re talking with CERT about annual drills.” 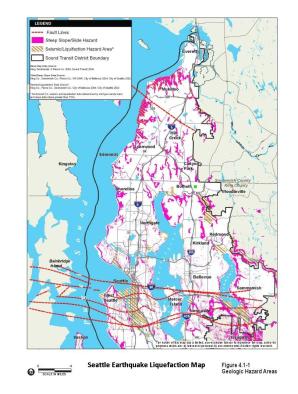 CERT stands for the Citizens Emergency Response Team, which is organized under the auspices of the Sammamish Citizens Corp.

CERT Info Hubs were set up in front of Trader Joes in the Sammamish Highlands shopping center and in the parking lots at the Pine Lake and Klahanie shopping centers. The hubs serve as information centers for residents affected by emergencies.

Sammamish came late to participating in Cascadia Rising, and the level of participation was top-level, at best. Former City Manager Ben Yazici didn’t place a high priority on disaster planning. Howard, who succeeded Yazici upon his retirement in February, didn’t have a lot of time or resources to elevate Sammamish’s participation.

“I think we have a lot of potential to change,” Howard told The Comment last week.

The City Council’s public safety committee yesterday received a briefing from a consultant hired by Howard to assess Sammamish’s needs for disaster planning. A number of shortcomings were identified, not the least of which is that there hasn’t been a disaster plan approved by the State since 2001, before 9/11. Updates in 2012 and 2016 were never submitted to the State for approval, as required by law, the consultant said.

Council members Christie Malchow and Tom Hornish, members of the public safety committee, told Deputy City Manager Jessi Bon that developing new disaster planning in compliance with State and Federal laws and hiring a full-time emergency planning manager needs to take top priority. Authorization for a new staff position should not wait until the new budget process is complete in November, they said.

There are three earthquake fault lines that enter the Southern end of Sammamish from the West. The Seattle fault, which runs roughly through the 7-11 into Pine Lake, is considered one of the most prospectively dangerous.