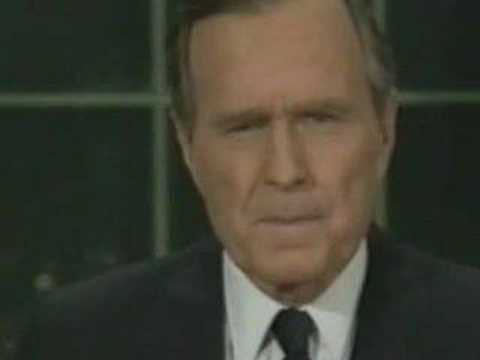 Hillary, like H. W., has decades of experience in public service. Setting aside how one views this public service, her resume for knowing the issues vastly is superior to Trump. But she can’t articulate a vision. Instead, she runs on a platform of “I am not Trump.”

John Kerry in 2004 ran against President George W. Bush on a platform of “I am not Bush.”

He lost. It’s a lesson Hillary should also take to heart.

This is the worst election in modern times. Trump doesn’t offer a vision of optimism. His Make America Great Again slogan is a platitude followed by a vision of an American that is teetering on disaster. His campaign began as an anti-immigrant champion. But he actually ignores the fact that most of these immigrants, legal or not, want to come to America to live the American dream, a better one than what they left.

Again, like it or not, Trump outlines his vision on closing the boarders, profiling Muslims, arming everybody (except Hillary’s Secret Service agents), shutting down free trade, and on and on.

The only message that comes through from Hillary is “I am not Trump.”

Her husband, Bill, successfully ran against H. W. on (unofficially, but famously), “It’s the economy, Stupid.”

2 thoughts on “The Vision Thing”