Here are the projected winners of today’s election. Details to come shortly.

The day before the State Legislature began to reveal a big property tax hike is coming for education, Sammamish City Council members met with staff in a retreat to examine City finances.

The Council met with staff Thursday afternoon and evening. The State began releasing information about its new budget, with tax hikes, on Friday.

Council Member Tom Odell, looking at the 2017 Six-Year Transportation Improvement Plan (TIP) that identifies nearly $90m in spending through 2023 and up to $165m in future years, inclusive of the $90m, and declared officials need to examine all potential revenue sources to pay for these projects. 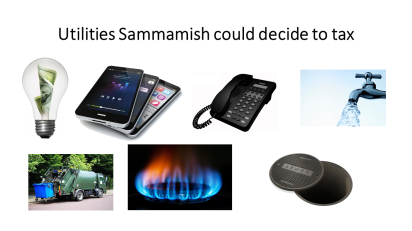 At the same time, Council Member Tom Hornish remains unconvinced that budget cuts aren’t impossible and if these are deep enough, funding the road projects could come out of operations and current revenues.

END_OF_DOCUMENT_TOKEN_TO_BE_REPLACED

Melanie L. Curtright, 57, of the Hampton Woods neighborhood in the North end of the city, filed for Position 7. John Robinson and Pamela Stuart previously filed for this position. If none drops out or changes slots, this sets up a primary in August at which the top two advance to the November election.

END_OF_DOCUMENT_TOKEN_TO_BE_REPLACED

Friday, May 19, is the final day for filing as a candidate for Sammamish City Council and other positions in this off-year election.

Filing begins on Monday, May 15.

Four seats in Sammamish are up for election, and each incumbent announced retirement this year.

This is the first time since incorporation this many seats are “open” seats.

So far, only six candidates filed for the four seats. One of these, Karen Moran, hasn’t declared which seat she will contest.

END_OF_DOCUMENT_TOKEN_TO_BE_REPLACED

Sammamish residents narrowly defeated Sound Transit 3. The greater Klahanie area supported the $54bn mass transit program by votes although seven of the 13 precincts opposed it. Two precincts in the far northeast part of the City that are not colored are outside the Sound Transit taxing district. Click on the image to enlarge, then click on it again. Map and analysis by Sammamish Comment.

Sammamish voters defeated Sound Transit 3, an analysis of the final precinct vote results revealed. This mirrors the trend at the mid-point in the vote counting.

ST3 was narrowly defeated, 51.2% to 48.8%, about the same as the mid-point analysis, in final precinct data released by King County Elections Nov. 30.

The great Klahanie area supported ST3 51.2% to 48.8%, although the results were split: six of the 13 precincts voted against ST3.

END_OF_DOCUMENT_TOKEN_TO_BE_REPLACED

The August Sammamish City Newsletter contained a front page article about the state of the City’s finances and the Six Year Transportation Improvement Program (TIP).

This was followed on the next page by the Mayor’s Message, in this case from Tom Vance, who is in his second year as mayor.

The articles are clearly responses to public questions about the TIP funding and proposed City expenditures in the hundreds of millions of dollars over the next six years for a variety of projects, notably from Council Member Ramiro Valderrama. He’s repeatedly questioned the financial viability of the road projects and how these will be funded.

This column also questioned the TIP and its ending fund balance as adopted, showing a near-depletion by 2020.

The article is a clear response to Valderrama and to The Sammamish Comment. The Mayor’s Message is a clear puff piece, transparently touting policies and promotions as Vance heads into a reelection campaign that will get underway after Labor Day.

The City Newsletter has transformed from a means to inform citizens to a propaganda piece to refute questions raised by members of the City Council and the Public and, in the case of the Mayor, to defend his own practices from criticism.

END_OF_DOCUMENT_TOKEN_TO_BE_REPLACED

The City of Sammamish, which wants the proposed annexation of the Klahanie Potential Annexation Area by Issaquah, defeated in Tuesday’s vote (Feb. 11), engaged in an underhanded tactic aimed at only the Klahanie vote–a discriminatory effort that I wonder whether it would even survive a legal challenge.

The Sammamish Review article linked above gives the details, but in a nutshell, under state law, cities get a sales tax adjustment when they annex unincorporated areas. This helps the transition of the additional cost to a city of providing services to the area that was previously supported by county taxes. The City of Sammamish succeeded in getting a bill introduced in the State Senate to block this for Issaquah.

The Sammamish Review was right when it said this is sickening. It’s also hypocritical. The new City of Sammamish benefited from the sales tax revenue sharing after incorporation in 1999. The purported excuse that this bill from State Sen. Andy Hill is a state budget-saving measure doesn’t pass the laugh test. If this were a sincere budget effort, the bill should apply statewide and not just to Klahanie. The discriminatory effect is apparent for all to see.