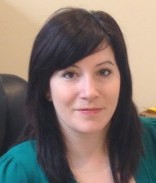 Just how cozy is Town Center developer STCA with the Sammamish city administration?

Sammamish Comment has been reporting aspects of the relationship between the developer, administration and certain members of the city council for more than a year.

Now, The Comment discovered that the city administration collaborated with STCA to promote their project using taxpayer money at the same time the new concurrency model was being developed by the city.

This casts an appearance of a conflict of interest because a realistic concurrency system may block new development under certain circumstances, including the Town Center. STCA is the largest developer of the Town Center.

The council included the Town Center in the moratorium so it will be subject to the new concurrency.

It is our view that it is improper for city staff to collaborate with STCA and at the same time develop a concurrency model that may block it.

Indeed, on February 28, Kendra Breiland, the city’s concurrency consultant, met in Bellevue with STCA for “coordination.”

Printing a press release or supporting a PR campaign?

In the April / May 2018 issue of the city’s newsletter that was mailed to residents throughout the city, there was a one page story regarding “Updates on Town Center project.”  Unsuspecting residents might have thought the story was written by city staff based on facts sourced from the city. The newsletter may be found here: April_May_Samm_2018

Recent emails obtained through a Public Records Request reveal that the story was almost entirely written by STCA, the largest developer in the Town Center area, and published at its request at the same time STCA was promoting the Town Center through other media outlets and the Chamber of Commerce.

On March 13, Kellie Stickney, the city’s communication manager, emailed Natalie Price, STCA’s PR person: “I’m currently in a meeting with Matthew [Samwick, owner of STCA] and it sounds like we should chat about a potential press release prior to the Chamber meeting on Thursday. I’m available by phone tomorrow at 11am or after 3pm.”

The press release may be found here.

The story in the press release was published on page 5 of the city’s newsletter.  The web link goes not to a city website about the Town Center but to STCA’s Innovation Realty website.

Throughout the last year, the city staff has taken a clear position in favor a developer, while this developer’s applications for permits are being discussed behind closed doors with staff.

“We normally would not write about a development project, and if we did, it would likely be to inform people about an upcoming public engagement opportunity. However, because the council has an adopted vision for the project, making it more like a public-private partnership, there seems to be a need for some level of collaboration,” stated Stickney in response to inquiries by The Comment, highlighting the special treatment the administration is giving STCA.

The Town Center is not a public private partnership and the council has not directed staff to collaborate with STCA beyond the standard permitting process.

The administration’s special treatment of STCA calls into question its ability to process permit applications to the largest development project in Sammamish history with impartiality and integrity.

Relying on the press release

In response to an email inquiry from Mayor Christie Malchow, Stickney wrote, “The newsletter article was written by me, and the press release was written by STCA and provided to the City.

“I took their press release, chose the information that I believed would be most relevant to the community, and created the newsletter article.”

This is not an unusual practice, provided proper attribution is included. Stickney did not. This left the reader with the impression this was a city statement.

The facts and the image in story was supplied by the developer and not verified for accuracy.

“The article is obviously heavily reliant on the information included in the press release…because our source of information regarding the project is STCA/Innovation Realty”, states Stickney in an email to Mayor Malchow.  The city could have relied on information in STCA’s permit applications, but chose to rely on a press release and a 3D sketch, that may or may not be reflecting the actual plans for the Town Center.

Malchow, Deputy Mayor Karen Moran and council members Tom Hornish and Chris Ross were not aware of the origin of the newsletter statements.

“This does lack the transparency that the newsletter’s article was not an independent voice of the City’s,” Malchow wrote The Comment in an email. “[T]here is likely an expectation from our residents that our newsletter articles are the City’s own. I suspect Council would have weighed in on the content if we’d been made aware that it was mainly an outside organization’s work.”

“I believe our city newsletter should offer to our citizens an independent view of our city’s plans, and not be influenced by the positioning or posturing of others,” Hornish wrote The Comment.

None of the “V-3” council members, Ramiro Valderrama, Pam Stuart or Jason Ritchie, responded to a request for comment or to answer if they were aware the article largely originated with STCA’s PR firm.

The V-3, led by Valderrama, have become cheerleaders for STCA on the council.

The evolving relationship between the city and STCA appears to have moved well beyond that of an applicant and a reviewing agency. This is cause for concern at all levels of public policy, good government and for the citizens of Sammamish. Preferential treatment should alarm not only the entire city council and the citizens. Other developers and the “moms and pops” have good reason to be concerned about the preferential treatment being afforded STCA.

The lack of concern, and indeed advocacy, by the V-3 is especially troubling. These council members are supposed to be looking out for and representing the interests of Sammamish citizens. Instead, their overt cheerleading for STCA is puzzling.

11 thoughts on “Just how cozy is the city with STCA?”